I’ve been a big fan of Southern Souls for years. So much so, that I wrote an article about the series for BlogTO earlier this year. Creator Mitch Fillion films live performance videos of local bands in locations they choose themselves. The collection of videos really paints a picture of the indie music landscape happening in and around Southern Ontario. My lovely band beau set ourselves up to have two songs filmed by Mitch inside The Black Cat gallery here in Toronto. I am pretty thrilled with the finished product, these videos really capture our sense of giddiness and our love for playing together. Check out the feature video below, and go to this link to see both performances.

The Cliks have been a revolutionary band in the queer scene, with lead-singer Lucas Silveira being the first openly trans person to be signed to a major record label. I’ve been listening to the band for the last 6 years, and took special interest in them when they re-emerged in 2013 from a long hiatus. I wrote a few articles about the band for BlogTO and Listen Queer, and attended their CD release show for Black Tie Elevator. I never imagined I’d have the opportunity to take the stage with them. But Toronto has a funny way of providing me with dreams-come-true scenarios, over and over again (just look through this blog!). When I noticed the Cliks were looking for a new drummer, I auditioned, got it, and rolled into this summer doing my first ever international tour dates with a well-known band that I respect and admire.

A 12-hour drive from Toronto, we arrived in Indianapolis, geared up to play the main stage for Indy Pride Festival. We had an early rise, with a 8am sound check on a big outdoor stage. An hour before our set, a driver picked us up at our 5-star hotel, and drove us down to the festival. Police officers had to herd the hundreds of people to get out of the way of our vehicle. As we slowly proceeded through the crowd, the half-dressed Pride goers curiously peered in our windows to see what all the fuss was about. Cops escorted us out of the car and back stage, where we had our own air conditioned RV, and a Pride volunteer taking care of our every beer need.

When it was our time to play, I stepped on stage where I was greeted by the biggest crowd I’ve ever played to. It was wild! We blasted through our set, with fans singing along to every word. When all was said and done, I headed over to the merch table where there was a crazy long line up of smiling fans. I helped sell CDs, shirts, and stickers, and was even asked to sign autographs and have my photo taken! I felt like a real rockstar for an afternoon – it was super cool. What a huge accomplishment this was for me. I learned a lot about the road, the music industry, festival life, and myself as a musician and traveller. Next stop – San Diego on July 19th!

Check out this video from the show!

My band beau has covered a lot of ground in the last year or so. First of all, in light of our new sound and band direction, we changed our name from Ruby Randall to beau. We also played a bunch of big shows! We’ve now got NXNE, Toronto Pride Festival, and a Hillside Inside Showcase under our collective belt! So it’s about time we have actual music on the internet for people to listen to!

Pride weekend: sweaty, scandalous, and sexy. Just as it should be. The highlight of my Pride this year was most definitely playing the Bud Light South Stage with Ruby Randall on Saturday’s Dyke Day Afternoon. Playing music I love, with friends I love, at a place that celebrates who I love. It was an absolute dream come true! 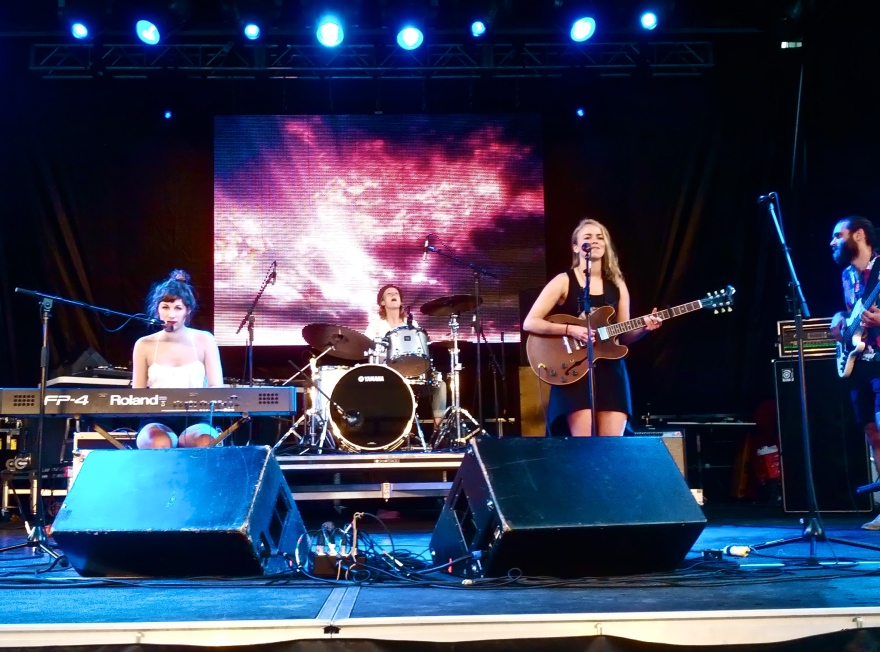 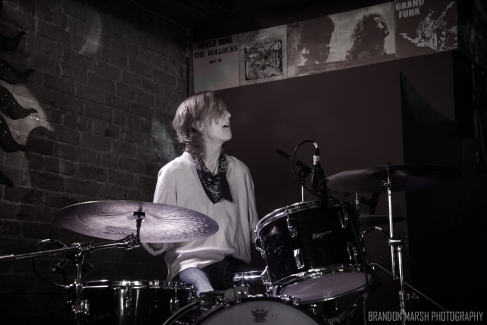 This summer, I’m going to be playing a lot of drums! Here is my summer show  line up thus far:

There There Indigo recorded a live off the floor demo of Let It Go back in October 2012. We’ve released the song on YouTube with some footage from our trip out west!

Over the past decade, Gentleman Reg’s career has continually gained impressive momentum on the Canadian music scene. While signed to Three Gut Records between 2002 and 2005, he acquired recognition by lending his music to popular film and television. The more developed “Jet Black” (2009) released through Arts & Crafts, drew new fans to his sassy pop-rock sound. The last three years he’s been busy working with his side project, Light Fires, and collaborating with big name acts such as Broken Social Scene, and Tegan and Sara. The recent release “Liesure Life” (2012) kicks it up a notch from Jet Black; with energy-charged tempos, innovative production, and even more attitude.

The album immediately delivers a delightful pop delicacy, “Waiting Around For Gold”. It kicks off with energetic melodies from the synth that imply a playful tone. Verses drop down in dynamics to allow the charisma of Reg’s voice to be at the forefront. The pre-chorus doesn’t linger too long, it’s the perfect length to conjure a compelling build. The songs energy culminates in the chorus, delivering an infectious anthem-like hook with superb harmonious support. Lyrically, the theme of the album is presented. Reg sings about stumbling through the erratic life of an undiscovered musician, riding the waves of glamourous highs to tragic lows, whilst waiting for success to find him.

Reg’s phonetics divide and emphasize lyrics unlike a standard pop singer. His use of vocabulary is impressive, but sometimes the hook could be strengthened if the syllables fit more rhythmically with the melody. Some of the words are lost in their pronunciation. Not necessarily a bad thing, as his voice is so expressive that the lyrics are more so a medium for him to convey his personality and performance abilities. However, indistinguishable lyrics could be a potential hindrance in appealing to a mainstream audience.

“Too Drunk” is a stand out song on the album for this simple reason: after you’ve heard the hook once, you’ll never forget it. The track begins with a lightly distorted guitar tone, playing minimalistic straight riffs. The band enters halfway through the first verse. This creates dynamic fluctuation, enhancing the build in the song’s natural progression. Reg describes a hazy sexual encounter, with a tone of casual indifference: “Touch my face with love like I don’t care. Slap my face, my love, without a dare.” Driving melodies of the synth are characteristic of the overall sound of the album. They come across as arising from similar inspiration, without being mere recreations of the others.“Too Drunk” repeats as the allure of the chorus, which despite its simplicity, remains listenable due to subtle melodic and instrumental changes.Fun and memorable, the album is packed full of these upbeat hits.

The most noticeable change up in the song type is “Solo Show”. It is slower, stripped down, and feels more raw than the sugary production of the other tracks. Reg’s vocal versatility shines, beginning with a gritty tone, then reaching up the octave. The song has been built to gather more energy, while still having a slow, ballad-like design.

Gentleman Reg has taken it to the next level with Leisure Life. He is ready to be plucked from the Toronto indie scene and delivered to the world stage. A performer through and through, his voice is elegant, haunting, tragic and sexy with effortless delivery. The album’s biggest strength lies in the song construction. Without a miss, each song cultivates contrasting ebb and flow, creating space for forceful climaxes. The most prominent instrument is Reg’s voice itself. He delivers unique inflection, phonetics, rhythms, and tones all dripping in personality. Reg opens his world to you through his music. A glamourous young lifestyle, medicating problems with drugs, alcohol, and messy relationships. Describing life as a roller coaster, where despite glossy thrills of the high life, failure is inevitable. However, success is what is called to mind when talking about Gentleman Reg’s career. With consistent delivery of great music, he’s become an unstoppable force in the music community. Leisure Life is the newest instalment in his musical evolution, and will surely propel him to a new level of recognition.

Tegan and Sara fans rejoice! The pop-rock sister duo has released the video for their latest single, “Closer”. The Calgary born pair has seen much musical evolution over their impressive fifteen year career. The latest development of their unique sound has a mainstream appeal, melding with the electronic pop glorification found in today’s Top 40. Despite being doused with synths lines and electronic drum beats atypical of their previous releases, signature harmonies and hooks remain recognizable. To compliment this mainstream track, they snagged noted director Issac Rentz, who has worked with the likes of Blink-182, Cage the Elephant, and Motion City Soundtrack. The video sets out to capture the youthful essence evoked in the song’s imagery. What better way to reminisce of teenage tomfoolery than with late night karaoke, living room fort-building, and cheeky girl-girl make outs?

Tegan and Sara’s new album “Heartthrob” is set for release January 29th, 2013. It will be the band’s seventh studio album. Check out their website for upcoming shows of their current North American tour with The Killers!

We’re back! The trip to Edmonton was exactly what we needed in preparation for the upcoming recording and release of our debut EP. Shows were played, videos were taken, whiskey was drank, and questionable decisions were made. After a few 15 hours drives through Canadian landscape, we’ve returned to Toronto. Ready to blow the lid off the Silver dollar this Monday night! 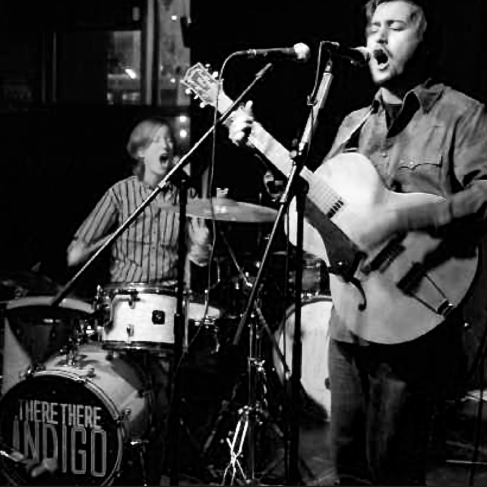 There There Indigo performing at Bohemia in Edmonton, AB.

There There Indigo is on the road! Josh’s job calls for him to take long journey’s across the country in a big shiny truck. What a perfect opportunity this provides for our band, throwing our guitar and drums in the back and having me hop in the passenger seat! We are playing some great shows, plus gathering photo and video content to add to our upcoming EPK release! So far, we’ve trekked our way though Sault St. Marie, Thunder Bay, Brandon MB and Regina SK. After the four day drive we’ve arrived in Edmonton and are ready to play our first show at New City Legion tonight!